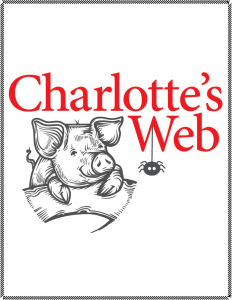 Presented by The Phipps Children’s Theater
Adapted by Joseph Robinette
Based on the book by E.B. White

Wilbur may be the runt of the litter, but he’s a rambunctious and lovable pig who captures the heart of a little girl, Fern. When Wilbur grows too big, he’s sent to reside on a farm where he discovers his eventual fate, and it’s up to a wise and kind-hearted spider named Charlotte to hatch a plan to save him.

The Phipps Children’s Theater is proudly sponsored by: Smiles in Motion Pediatric Dentistry