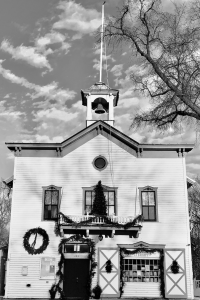 An evening of classical chamber music by candlelight with members of the Minneapolis Guitar Quartet, Joseph Hagedorn and Maja Radovanlija, in their smaller ensemble, Twin Cities Guitar Duo.

In the coldest, darkest months of winter, warmth and richness can be found in community coming together for the shared appreciation of music and the arts.

Program: To Be Announced

Maja Radovanlija was born in Belgrade, Serbia, and completed her Bachelor’s degree at the University of Belgrade, as a student of Prof. Srdjan Tosic. She has been awarded several academic and competition prizes including 1st prize at the International Competition in Kjustendil, Bulgaria. Maja has performed extensively as solo and chamber musician, touring Serbia, Bulgaria, Slovenia, Macedonia, Greece, Tunisia, Switzerland and other European countries. As a graduate student (M.M and D.M) at Indiana University, she studied guitar with Ernesto Bitetti and early music with lutenist Nigel North. Maja’s eclectic musical background includes performances with Mu Daiko Japanese Theater and improvised concerts with guitarist/composer Alex Lubet. Maja joined the Minneapolis Guitar Quartet in 2012 and performs frequently in a duo with flutist Linda Chatterton. In 2011, she was appointed to the guitar faculty at the University of Minnesota in Minneapolis.

As one of the founding members, Joseph Hagedorn has performed with the Minneapolis Guitar Quartet since 1986, touring to more than thirty states, Mexico, China, Germany, Serbia, Bulgaria and Montenegro, and recording six CDs. This native Iowan received his Bachelor of Music degree from Cornell College, his Master of Music degree from the University of Minnesota and studied with Richard Stratton, Christopher Carrington, Nelson Amos, and Jeffrey Van. Joseph has been on the music faculty of the University of Wisconsin-River Falls since 1988 and his solo and concerto appearances have taken him to more than 25 American cities and Canada. He has been heard twice on the nationally broadcast radio program Saint Paul Sunday, once with the Minneapolis Guitar Quartet and again with violinist Leslie Shank. In 1990, Joseph was the winner of the Guitar Foundation of America International solo competition.

Conversation with the artists after the concert.

Please note: Masks, as well as vaccination and/or recent negative test, are required for the safety of performers and attendees. Thank you!