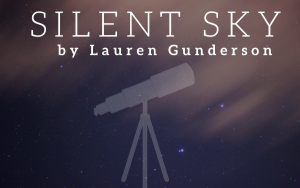 Social progress, like scientific progress, can be hard to see when one is trapped among earthly complications.

The true story of 19th-century astronomer Henrietta Leavitt explores a woman’s place in society during a time of immense scientific discoveries, when women’s ideas were dismissed until men claimed credit for them.

This story begins when Henrietta Leavitt begins work at the Harvard Observatory in the early 1900s, where she isn’t allowed to touch a telescope or express an original idea. Instead, she joins a group of women “computers,” charting the stars for a renowned astronomer who calculates projects in “girl hours” and has no time for the women’s probing theories. As Henrietta, in her free time, attempts to measure the light and distance of stars, she must also take measure of her life on Earth, trying to balance her dedication to science with family obligations and the possibility of love. The dedication of Henrietta Leavitt and her female peers changes the way we understand both the heavens and Earth.

Lauren has been the most produced living playwright for several years, for the 2018-19 season she was number two. Her work has received national praise and awards including being a Steinberg/ATCA New Play Award finalist, a Susan Smith Blackburn finalist, a Jane Chambers Award finalist, and winner of the Berrilla Kerr Award for American Theatre, Global Age Project, Young Playwright’s Award, Eric Bentley New Play Award and Essential Theatre Prize.

“…SILENT SKY could act as a simple reminder of what a pleasant, thought-provoking evening at the theater ought to look like. It’s a lively, funny, accessible play that’s alive with interesting ideas.” —ArtsAtl.com

This event is offered as part of ArtReach St. Croix’s NEA Big Read in the St. Croix Valley. NEA Big Read is a program of the National Endowment for the Arts in partnership with Arts Midwest.  In April 2020, we are encouraging everyone to read LAB GIRL, by Hope Jahren and join St. Croix Valley neighbors in a month of programs and activities related to themes found in the book. More information at https://www.valleyreads.org.

Our charming old building allows us to rise to the occasion by climbing stairs to get to the theatre! The three half flights of stairs can be a challenge for injured or ailing knees & hips, so we welcome our patrons to use the northeast entrance to the theatre up an easy ramp and directly into the theatre. Access to our outdoor patio and mezzanine is also possible via this ramp.